When the town discovered the barn the next morning, most assumed his death was accidental. The marks there were left by the rope had been burned away by the fire. There was nothing left but charred bones. Many commented at the shock of the damage done. Never had they seen a building turn to nothing but ash in one night. Had you not know what was there before, you would have never known a barn had stood on the land.

Not many mourned the death of my father. Only few whispered, questioning what would be done with me. Commenting on how tragic it was for me. Yet no one knew what had happened in the barn that night, and no one would ever know. They wouldn’t know how I watched his soul be taken away by that woman. Taken to be punished before being allowed back into the world.

The blacksmith and his family held onto my shoulders while the villagers attempted to dig for my father’s body. Despite them all knowing he was the town drunk and knowing his abusive nature, they deemed he still deserved a proper burial. I deemed the barn itself was burial enough. He didn’t deserve any respect.

Taking my hand, his wife guided me back home to where her children were waiting. In a gesture of kindness, she tried to make my life as normal as possible.  I would spend my days there, completing chores and going to school with the others.

But she did noticed something odd. With two children, one boy a few years older and a young girl about my age, both avoided me. They were afraid of me. Merely existing within the same household, they chose not to invite me to play, instead avoiding any opportunity to cross my path. Instead of feeling lonely, I felt pride in their fear. Even at a young age, I knew the power I had over their fear.

They had every right to fear me. The night my father murdered me was the night everything changed. I was no longer an innocent child, yearning for his father’s love. It was only then I began to understand the truth about life. The truth about myself and the power I held within. Every evening, as I fell asleep in the straw bed they had given me, I was free. My soul left my body and felt what it was like to not be tied down by the world.

The moment my soul detached from my body each night, the weight of the world fell away. The burden of humanity shed from my skin, giving me a true sense of freedom. Though I was only five years young, life had given me a sense of clarity. As the days passed and evenings came, things would becoming increasingly clear.

I was different from everyone who lived within our small village. They were weak, pathetic creatures who strive for approval from an all-powerful deity who had no time for them, begging for His light and forgiveness. Yet they did nothing to prove their worth, continuing to live their lives the way they wanted.

But I told no one of the truth. I lied and pretended I was the perfect ward, innocent. None knew of the true disdain I held for them; none except for the children who could feel the change in me. But they were too frightened to speak of it, which suited me just fine. In order to survive, I knew I had to play the perfect child. If any knew the truth, I knew I would burn just as my father had. Or at least, they would try.

With my soul free, I traveled into the nearby forest each night, escaping the village that kept me trapped. The noises of the forest were louder, and darkness brighter. My senses were not limited by my body, allowing me to see things new. Each night I traveled farther and farther, always angry by the link that tethered me to my body, restricting me from going even farther.

It wasn’t long before I began to notice the change in the night as the moon changed. Creatures uglier than any I had ever seen would suddenly appear, flying past, avoiding me at all costs. I followed each full moon and watched as they played their pranks on humans and animals alike.

The longer I stalked them, the more I saw. Occasionally, they would leave their pranks behind, searching for someone. Once found, a mysterious mark would be left on the forehead of those touched by their monstrous claws. The mark would only last a moment before disappearing into the skin. The human or animal touched by this mark would be no wiser, sleeping peacefully with no disturbance.

And on every full moon, I would follow them in the shadows, watching their every move. Watched as they played their pranks on the humans and animals. Watched as they left a mysterious marks on some, but not others.

Each day, I would seek out those who were marked, trying to see if anything had changed. But there was nothing. Most were elderly, with only a few of the younger generation being marked. For a while, I falsely thought it was nothing but another one of their pranks. But soon, they began to fall.

One by one, anyone who was marked during the nights of the full moon would die in one form or another. Whether it was from natural causes, an accident, or even murder, humans and animals would succumb to death’s call. Those disgusting creatures had murdered each and every one of them.

It was then I realized, the marks were the marks of death. 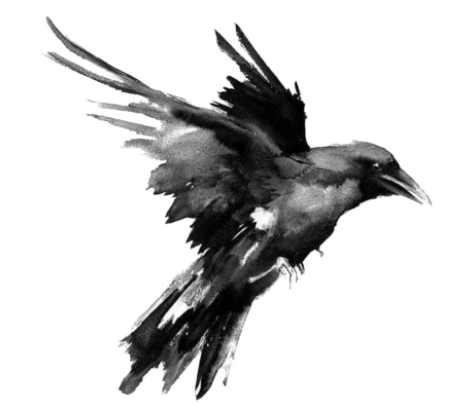 Catch up on The Child Dreamer in Previous Chapters:
Chapter One

5 thoughts on “The Child Dreamer – Chapter Two: The Mark”